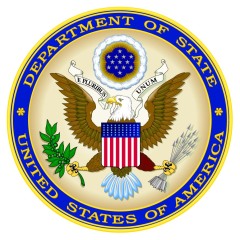 Reports are coming in from Secretary John Kerry’s trip and from Washington that the Obama administration is starting a process of “adjustment” for its second term foreign and security policies to adapt to changing realities on the ground. A wise and necessary step.

Syria: Word is coming of a new approach on Syria that we may broaden the kinds of support we may give to the Syrian opposition. But, lethal weapons are still off the supply list. Others are supplying these. There may be growing, and I believe, wise re-examination that a hands-off approach may at this time not be a good policy if we seek a peaceful, democratic and broad based government in Syria after Assad. Kerry said on Wednesday in Paris that, “…..we are examining and developing ways to accelerate the political transition that the Syrian people seek and deserve.” He added, “You have a vulnerable population that today needs to be able to resist the peas to engage in extremism.” The meeting in Rome on Thursday February the 28th with Kerry, our European allies and representatives of the Syrian opposition during which it is reported that new proposals for expanded assistance including financial and the future of Syria will be discussed. Some of the Europeans, specifically Britain and possibly France, are looking at going closer to lethal assistance. My view remains that we need after, or just before Assad regime is eliminated, to establish some kind of robust international peacekeeping and peacemaking force and program that will assist civil society to recover and protect the Syrian population against inter-ethnic acts of violence.

Iran: The meeting in Almaty on Iran’s nuclear programs seems to have made a bit of progress extending talks for a second day, if not a lot, due to the more flexible position of the P5 plus 1 group, including the U.S. to propose a “path” towards mutual agreement on Iran’s nuclear programs and international and U.S. sanctions. They at least said they will meet again in the coming weeks, which is more than some expected.  While no “big deal” was reached, clearly there were some signs on both sides that talk and engagement was useful despite the public initial harsh talk from the Iranian delegation, one member of the Iranian team said there was a possible “turning point” in the nuclear standoff. Secretary Kerry indicated that there was an offer to hold bilateral talks with Iran and said America would like to move toward a better relationship.  Time will tell, but the P5 plus 1 group is looking for a formula that can breach the divide of the two sides. The key will be reciprocal moves, but the bottom line will be assurance that Iran will not build nuclear weapons. Uranium enrichment and other weapon technologies remain at the heart of the impasse. It seems that Obama is working with a more forward engaged leaning strategy rather than rigid stances and the Iranians are at least giving some recognition of that reality.

Russia: Kerry has already indicated that working with Russia is still a U.S. priority. Kerry will be meeting with his Russian counterpart during his travels and he will be testing Russia’s willingness to work cooperatively and seriously on areas of mutual interest. This may prove a difficult path but this blog believes that it is a necessary and, in the end, fruitful route. The issues are long, from missile defense, arms control and non-proliferation, Afghanistan withdrawal, Iran, Syria, cyber-war, North Korean nuclear weapons, trade and investment and human rights. Progress towards a future meeting between Putin and Obama will also be discussed.

The Middle East – Israeli-Palestinian Conflict and The Arab Spring: This may prove to be the most difficult issue, but it is heartening that Kerry and Obama have agreed to make an effort despite the criticism from many parties, especially the right at home. But, beyond the known path of the “Road Map” and two state solution, some high degree of imagination will be needed to get both sides not only to the table, but confronted with a “solution” that will not be fully liked by either side, but “can’t be refused.”

Here at home, the Neo-cons are at it again trying to undercut the efforts of the Obama administration, to find a way to further our strategic interests and to urge Russia toward cooperative engagement with the West.

One recent example is David J. Kramer, a former Assistant Secretary of State for Democracy, Human Rights and Labour, and president of Freedom House and Lilia Shevtsova, Carnegie Moscow Center; they argue that we should not have a real “strategy”

Their own words of argument are:

“Does our criticism mean that the United States should have no dialogue with Russia while Putin remains in office? No, of course not. Russia and the United States cooperated on issues even through the most difficult moments of the Cold War. But this is not a strategic approach, let alone partnership; instead, it represents tactical compromises amid the incompatibility of the two countries’ strategic vectors. It should not be presented differently, for doing so will merely produce illusions and end in disappointment.”

“Why can’t the strategists acknowledge the incompatibility of the two countries’ strategic vectors and limit themselves to a modest agenda, doing what they can without prolonging the life of the Russian Matrix. They should realize that their dialogue plays into the hands of the Kremlin and allows it to legitimize and perpetuate its Potemkin village projects. We await more convincing arguments in favor of a strategic approach that does not ignore the normative dimension.”

So much for the call for a static and negative approach to Russia. There have been even more extreme arguments than these by the Heritage and AEI types like John Bolton, but the view is to thwart any opening to Russia that might have a change of seriously addressing the challenges and making some progress. The same is true on the Middle East and some argue the same with China. These conservatives are trying to box in the flexibility of the Obama administration in its foreign and national security policies and initiatives. They will not likely succeed with the Obama/Kerry/Hagel team, but they will cause problems here at home.

After reading this article, be sure to look at our Student National Security-Foreign Policy Solutions Essay Contest page to submit your essay today!