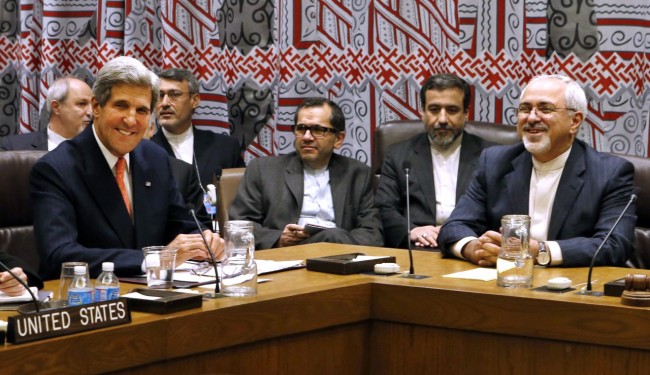 IRAN – WHAT IS NEXT AND WHY SO MUCH EFFORT TO SIDETRACK NEGOTIATIONS?

A new round of negotiations with Iran will start on February 18th in Vienna, and already, attacks are being made to discredit the process and efforts of the diplomacy tract. As we have noted earlier, the choices are either the diplomatic tract or the move towards an unneeded, avoidable, and disastrous war.

The good news is that there has been strong push back so far in efforts to get a vote in Congress on requiring new sanctions. The original legislation which would have been a slap at the Obama/Kerry negotiating tract and would clearly  be boxing in the administration’s flexibility in the delicate efforts to move an agreement forward.  Further,  Senate Majority Leader Harry Reid (D-NV) was asked to hold an early vote on added sanctions legislation, which would also authorize U.S. military forces to support Israel in any conflict with Iran. Reid has opposed the early new sanctions, which would split his caucus. However, many groups continue to push for a more military-driven response to Iran and to do so soon.

Led by Senate Foreign Relations Committee Chairman Robert Menendez (D-NJ), there are 59 present co-sponsors of the bill that would impose sanctions if a comprehensive accord cannot be reached by July, or if there is corroborative evidence that Tehran has violated the present agreement. Of the 59 co-sponsors, 16 are Democrats. The more moderate, cautious, and liberal Democrats have argued that such a bill would make war more likely and would not solve the Iranian problem in the long run. War with Iran under any circumstances would be a disaster for all sides, including Israel.

In their meeting in Munich on Sunday, February 2nd, Secretary of State John Kerry and Iran’s foreign minister Mohammad Javad Zarif seem to observers to be addressing the issue in a serious way, clearly indicating that progress can be made.  Zarif was quoted in the New York Times (2/3/14) as saying that Iran “would go to those negotiations with the political will and good faith to reach an agreement.”  Kerry urged Iran to keep to “its commitments under the initial temporary deal agreed upon in November.” He also reaffirmed that the U.S. would not add new sanctions, while the temporary six-month deal was in force.

Zarif indicated negotiations might take longer than six months and made comments that there could also be a dialogue on human rights issues with the European Union. In an interesting statement he was quoted as saying the world and Iran were at a crossroads, despite decades of mistrust on both sides, adding, “The opportunity is there we need to seize it.”

One of the key elements of an overall deal is continuing indication that Iran may be building a capability for a weapons program. Iran could face new international examination over previous activities tied to polonium 210, an element known to potentially initiate nuclear detonations. The International Atomic Energy Agency said they might discuss Iran’s past work with polonium 210 at a Saturday meeting with Iranian delegates, a news agency reported this Monday. The U.N. organization is seeking to shed light on Iran’s atomic ambitions by looking at allegations that Iran may have once conducted experiments relevant to nuclear-bomb development. But, Tehran insists its atomic activities are non-military in nature. At the Munich Security Conference, the head of IAEA said, “Polonium can be used for civil purposes like nuclear batteries, but can also be used for a neutron source for nuclear weapons. We would like to clarify this issue.”

Finally, Syria was not discussed, as Zarif said he did not have the authority to discuss these issues which was in other hands, not his. But Kerry expressed his concern about delays on moving Syrian chemical weapons to ports and about the situation of refugees and displaced people in besieged areas of Syria.

In some ways, this exchange highlights a reality that both sides have touched on without coming to a larger understanding, which is that in the end, all of these issues are related to the question of Iran’s place in the world and its behavior and responsibility for common security, human rights, and integration into the international community as a normal, accepted state. Prosperity and peace is not a bad exchange for likely disastrous war!