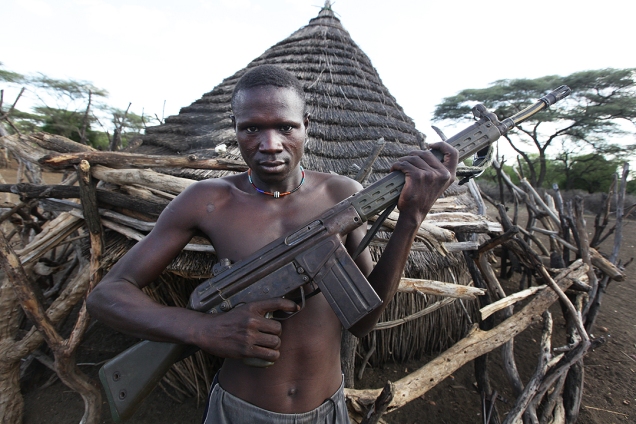 In a talk at the Brookings Institute earlier this week, Norway’s Foreign Minister Børge Brende said that his country is “not a day-trader in peacebuilding.” And he was right: for years Norway has led long-term, thoughtful, and productive reconciliation efforts around the globe. From Myanmar to Syria to Somalia, Norway has operated under a belief that solving conflicts is the most cost-efficient method of development.

Though Brende admitted that Norway does not have a rigid list of principles in its pursuit of peace, he laid out a set of the country’s five guidelines. First, believe that dialogue is essential, even in times of conflict. Second, take a long-term perspective – do not look for quick media successes. Third, do not force solutions on others – only nudge and encourage. Fourth, be inclusive. And, fifth, be impartial but not neutral when dealing with human rights violators.

The policies sound remarkably similar to those I learned during my training to be a mediator in elementary school. (Minus the human rights abuses.) It was alarming for me, then, to wake up the next morning and see that negotiations in South Sudan had come to a standstill. Again. Since December 2013, the world’s youngest nation has been besieged by a power struggle-turned-ethnic conflict. On June 11, President Salva Kiir Mayardit (a Dinka) and his former vice president (now leader of the rebels and a member of the Nuer tribe) Riek Machar announced that they would form a transitional government within the next 60 days. The Intergovernmental Agency for Development (IGAD, East Africa’s regional trade bloc) threatened sanctions if either side broke the arrangement.

And yet, less than a week later, Kiir’s government declared it would boyott the negotiations. Their reason: IGAD’s executive secretary said last week that both sides were “stupid” for thinking any kind of military victory was possible. The rebels also are boycotting, claiming they had had no input in deciding who would attend the talks. This is not the first time the negotiations have been delayed. They were previously halted over disagreements on the talks’ location. An insignificant issue when you consider Secretary General Ban Ki-moon’s warning that, if the fighting continues, half of South Sudan’s population of 12 million will be internally displaced, refugees, starving, or dead by the end of the year.

What an extraordinary coincidence that this news would so closely follow Foreign Minister Brende’s talk. In a world where internal crises and civil wars seem to grow at an alarming rate, it is easy to lose sight of peace initiatives. In a world where warring groups toy with reconciliation on a weekly basis, it is difficult to see a way out of conflict. Brende said that Norway did not operate according to specific principles. Many of his guidelines, though, could possibly help South Sudan achieve the peace that has evaded it since independence in 2011.

First, the necessity of dialogue. Both Kiir and Machar have been at odds with each other since December of last year, when Kiir accused Machar of planning a coup. The conflict, as described here, is a byproduct of a political struggle between two former colleagues in the struggle for independence. This means that an earnest and productive dialogue will be difficult: these two men will arrive at the meeting with assumptions and prejudices already in place. Yet, a dialogue is without a doubt clearly the next step. Get the two sides to a table. Make sure they arrive willingly – persuade them with details of the economic, political, and humanitarian disasters their fight has forced onto civilians. Then, a useful conversation might actually result.

Brende’s second point was on the necessity of taking the long view. Sudan has been embroiled in almost constant conflict since its independence in 1956: the First Sudanese Civil War lasted 1955 to 1972 and the Second Civil War lasted from 1983-2005. Kiir was born in 1952 and Machar in 1953. They have literally grown up in a region where peace and prosperity have never flourished. They cannot, then, be expected to intuitively wait for and work for peace. They have not witnessed a world in which open dialogue and honest negotiations work and promises are kept. This latest peace process is more than just an agreement to negotiate a ceasefire. It is about changing the mentality of the region’s leaders and, by extension, its people. This is why the latest boycott is so dispiriting: it suggests that the mindset cannot be changed.

Third, do not force solutions on others. We have seen time and again that foreign intervention is a tricky situation. IGAD is an ideal moderator of the discussions on South Sudan: it is a regional partner and it has a vested interest in a peaceful outcome. The African Union Commission, which just wrapped up its first meeting in South Sudan, can also do some good. At best, this is a delicate situation. At worst, it is an explosion simply waiting for a catalyst. Solutions must be organic or encouraged, not forced. Only then are positive results likely to emerge.

Brende’s fourth point was that the peace negotiations must be inclusive. The rebels raised this issue when they backed away from talks claiming that they had not been consulted enough. A note for those who arrange peace negotiations, then: include all parties that have a vested interest in the outcome. Brende, though, pointed out that there is a limit: if he cannot see a player supporting peace agreements, then the party in question should not be invited. In South Sudan this presents a unique issue: the two men responsible for the fighting are the only ones who can now end it.

Finally, Brende pushed for impartiality (not neutrality) when dealing with the issue of human rights abuses. A report released by the United Nations last month found that both sides in South Sudan violated humanitarian laws: extrajudicial killings, enforced disappearances, rape and other sexual violence, and targeted attacks on civilians. These abuses are, in many ways, unforgivable. But, consider Rwanda in the twenty years following its genocide. Since then, the country has done a remarkable job of encouraging forgiveness between victims and their attackers. Through gacaca courts – a traditional forum for justice – the two parties could face each other and begin, somehow, to recover and rebuild. In this case, the local community acknowledged (but did not ignore) human rights abuses. In a setting such as South Sudan, any peace deal must take on a similar long-term, community-based approach to human rights violations. It does not mean brushing them aside; it means incorporating them into the fabric of a new peace.

South Sudan’s talks faltered recently. So, what do you do when two fighting sides do not ache for peace, when they would prefer to squabble about details rather than sit down at the table with their adversaries? Norway’s approach to peacebuilding is centered around a series of basic concepts, but these fall short when neither side is willing to participate. The United Nations recently prolonged its Mission in South Sudan (UNMISS), but its mandate is limited and can only go so far. Under Security Council Resolution 2155, UNMISS is obligated to protect civilians, identify human rights abuses, and implement the Cessation of Hostilities Agreement (signed in January). Under these guidelines, UNMISS simply cannot (and will not) take an active role in encouraging peace talks. The absence of more punitive measures costs South Sudan time it simply does not have. The seven members in IGAD should follow through on their threat to impose sanctions. Outside pressure like this will hurt the South Sudanese even more, but this horrible reality is likely to force Kiir and Machar to approach peace sooner than they would like.